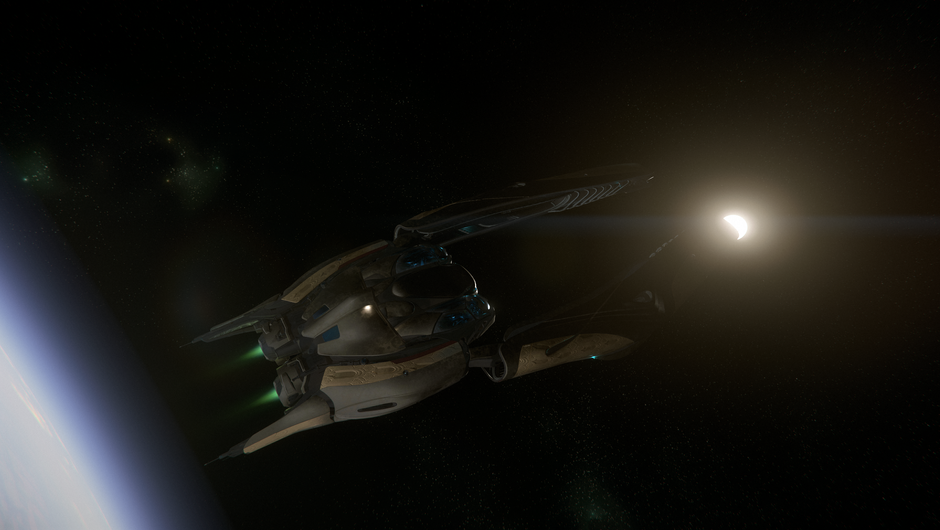 You all know the script. Star Citizen is a giant scam and will never be completed. Star Citizen is a vision that reaches far beyond the stale ideas of big-budget AAA titles made by publishers run by accountants. So what do the backers actually think?

To say Star Citizen is divisive is to say the Mariana Trench is "not that shallow" or that Stalin "could get a bit moody at times". This hugely ambitious project aims to make the Best Damn Space Sim Ever, completely bypassing the established system of AAA game production through a crowdfunding model, with PC gamers that own high-end rigs as the target market and no compromises on tech. 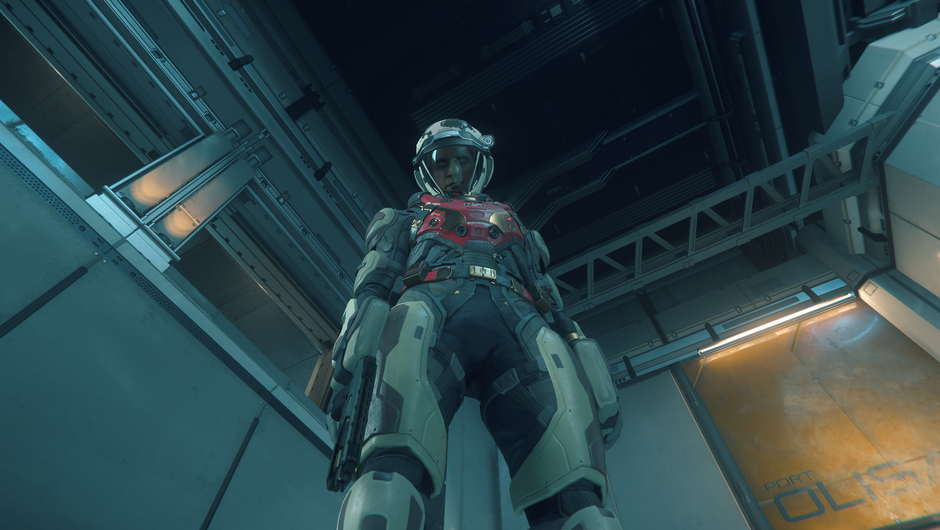 As the amount of money handed over by Star Citizen backers to Cloud Imperium Games as the year ends reaches $250 million, those who doubt the game will ever be, well, a game, remain in full voice. A recent quick check on the Elite Dangerous forums showed they had reached their 11th thread on the subject of Star Citizen, with a 10,000 post max on each thread. Let's just say the bulk of the content on those posts isn't sunshine and roses for SC. Yet if they hate it - why talk about it? This is in the territory of texting at ex at 4am.

No disrespect meant to Elite Dangerous players or Frontier Dev in this observation, it's just fact.

The general accusation leveled at the Star Citizen project, and at its backers, could be encapsulated in the phrase "enabled delusion". Star Citizen offers dreams and people buy those those dreams with real money, leading SC to offer more dreams and people to use their money to increase their dream inventory.

This is not the place to discuss more specific complaints about Star Citizen, concerning missed deadlines, or offering up new ideas before previous ones are anywhere near completion.

And here's why - "enabled delusion"  assumes tremendous naivety on the part of those that have backed the title. Which, for the purposes of honesty, includes the author of this article.

We took the opportunity of a media invitation to CitizenCon 2949 in Manchester this month - our first formal dealing with Cloud Imperium Games. It was fascinating of course - the sessions demonstrated the drive, enthusiasm and determination of the SC team to deliver what they have promised, and the sheer depth of work already completed. For us, it also added that much needed human dimension to the whole picture, particularly in an era when Manichaean screaming at each other across fibre-optic networks seems to be the most highly valued method of discourse.

We used a considerable portion of our time at the event to speak to those attending - these would be the same naive backers that the more enraged critics of the project are convinced are being fleeced of their hard earned cash. 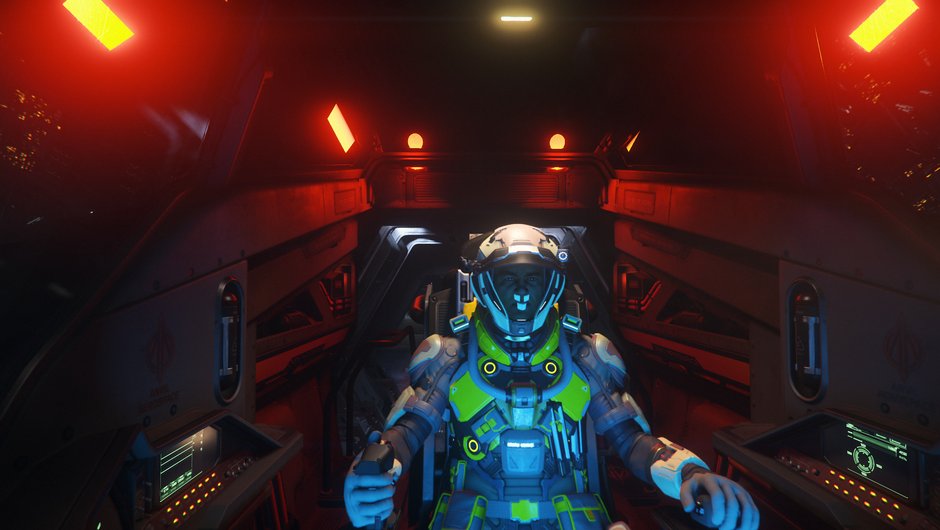 What we found was a mature, reasoned group with a sense of fun and wonder. These aren't people in the grip of some crazed money church, with pictures of SC's brain-in-chief Chris Roberts hanging on their bedroom walls. Out of a dozen or so people we talked to, we didn't come across one who outright refuted any of the criticisms we offered up about the game, and where it hadn't yet delivered - it wasn't a Scientology get-together.

Instead, they were willing to discuss those issues, and in general the tone of the response was "yes, but who else is offering what Star Citizen is offering?"

Well, who else is?

Interesting too was the number of people we spoke to who had a technical background in computing - about half. This could have been an anomaly of course, or more likely it speaks to Star Citizen being favoured by those with an appreciation of what its trying to achieve in terms of pushing technical boundaries. People for whom the phrase "console port" would indeed be a heresy. It's also safe to assume that many such people understand the development process, and comprehend the many pitfalls on that path. This would again lead to them tending to be realistic about how much can be delivered and when. 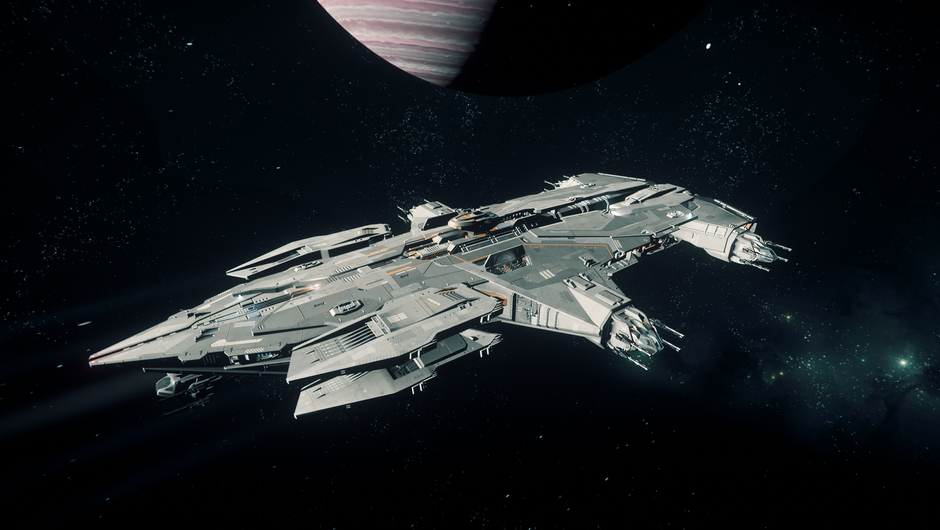 We were trying to find someone with more money than sense, but failed.

Criticisms about delays in the project were generally met with "I can wait". Some of those we spoke to said they'd generally play for a week or two after a significant update, then leave it until the next update. Again, this didn't seem to irk them.

So this is evidence from the mouths of the people who've invested in Star Citizen, people who've taken the trouble to attend an event in rainy Manchester in November. They came from near and far - Americans, Brits, Spanish, Germans, French and more - and seemed likely to be the kind of people who'd laugh the EA phrase "surprise mechanics" off the floor for the barely disguised greed it is, but were willing to entertain the idea of more delicate possibilities in gaming. 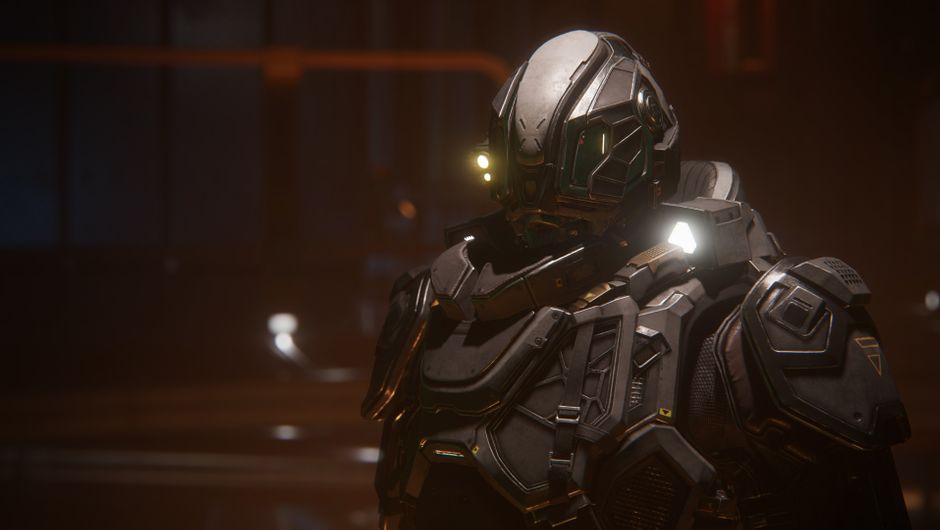 If you want to find scams in gaming - they are out there aplenty. The ongoing loot box controversy, the endless pay to progress freemium games. We're certain the biggest victim group out there is probably middle-aged women tapping away cash on their mobiles. What it isn't, is people with $3,000 PCs who realise that technology now enables to them to fly in the kind of spaceships they've seen in movies, and get out of those ships and have adventures with their friends.

And so the rhetorical compass point turns back to ourselves. We've backed Star Citizen with around $500 over the past four years. Can we afford it? Yes. Do we regret it? No. Is it a gamble? Yes. Are we in possession of our mental faculties? Yes.

Do we like delicate possibilities? Yeah, you bet we do.

First Dying Light 2 story DLC has been data mined and could be heavily focused on Gladiator fights in a new location named Opera.

Escape from Tarkov: FSR 2.0 and audio rehaul announced on the TarkovTV podcast

Escape from Tarkov: FSR 2.0 and audio rehaul announced on the TarkovTV podcast

The mid-wipe podcast brings the end of the year roadmap, some Q&A with Nikita, and new weapons footage.

Escape from Tarkov's most awaited map, Streets of Tarkov, is almost done as Battlestate Games teases players with the latest map screens.

Ubisoft's shooter Rainbow Six Extraction is getting its third Crisis Event named Eclipse, which will be available to all players until September 1, 2022.