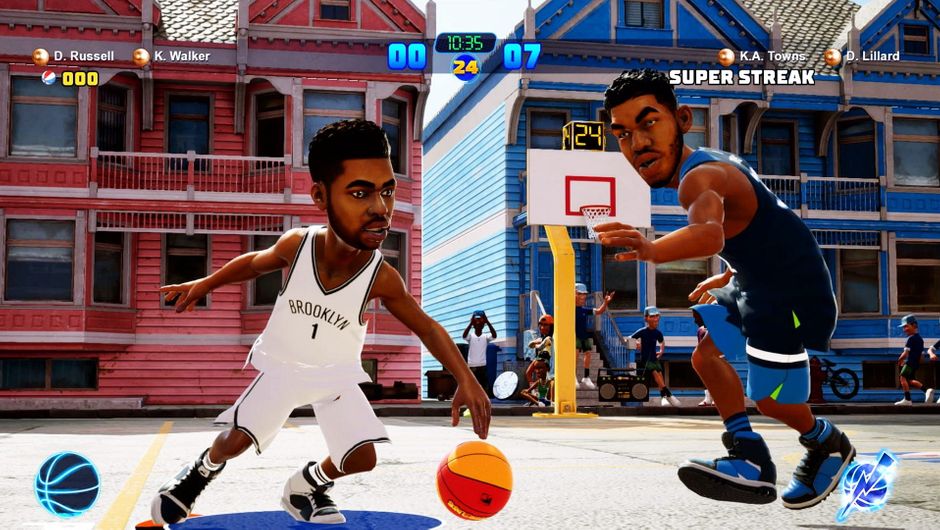 Let's compare the PC and PlayStation 4 Pro version of NBA 2K Playgrounds 2. Which platform should you get this game on? It's a very close call between the two editions, but certain differences can be deal-breaking for some players.

We the new NBA Playgrounds game published by 2K a few days ago, and we described it as a beautiful game that's riddled with some serious VC issues. But micro-transactions aside, it's a proper fun title that's at least worth checking out by every basketball fan. The game is out on almost every major platform, and we got our hands on the PC and PS4 Pro editions, so let's see how different this title plays and looks on said platforms.

Being a sports title, the game runs buttery smooth, as it is usually the case. We did not experience any frame drops on PC or PS4 Pro and the loading times are very quick on both platforms. But of course, PC has the upper hand here being a stronger machine and thus offering more processing power, but ultimately, the overall performance of the game is almost identical in terms of FPS and stability.

When it comes to the online experience, the PS4 Pro is the clear winner here. It took us about one minute to find an online match on PC, whereas on the PS4 Pro, it took us just five seconds. This is due to the fact that the playerbase is obviously much bigger on the PS4 Pro, as it is normally the case with sports games, especially with 2K titles.

As far as online lag goes, we're happy to report that we did not experience any on either platform. The game is as stable online as it is offline, so the only difference between the two is in the matchmaking wait period.

Even though the PS4 Pro wins in the online department, the place where PC shines is input lag, or rather, the lack thereof. The PS4 Pro version of the game suffers from very noticeable input lag issues which can make your performance drastically worse, especially in the three-point shootout mode where perfect timing is absolutely essential. On PC however, there are no such issues. The second you press that shooting button - the ball is in the air.

2K Sports NBA 2K Playgrounds 2 is without a doubt a pretty looking game.

So let's sum this all up real quick: NBA 2K Playgrounds 2 plays great on both PC and PS4 Pro. If you're an online player only though, we suggest you go with the PS4 Pro version as the playerbase is undoubtedly much bigger than that of PC, but note that you will have to get used to the dreaded input lag.

However, if you don't really care about playing online and sheer performance is what's most important to you - then you should get this game on your master race machine. The game also offers couch co-op mode, so if you like to play with your friends in the same room - good old offline multiplayer style - then that's another reason to get the game on PC.

As for the visual differences between the two versions, we must admit that we struggled to determine which version is which as they look almost identical. But instead of us telling you about it, let us show you what we mean. So click and let the pretty visuals commence.

Opinion: Chasing the META will inevitably ruin your gaming experience

Opinion: Chasing the META will inevitably ruin your gaming experience

Obeying the laws of META may be a tried-and-true way of accomplishing your in-game goals, but is winning by any means necessary really the only thing that matters?

It's quiet these days when it comes to Locker codes, but we've managed to gather all the active ones from the recent period, so be sure to check them all out before they expire.