Why have so many space games run out of creative oxygen? 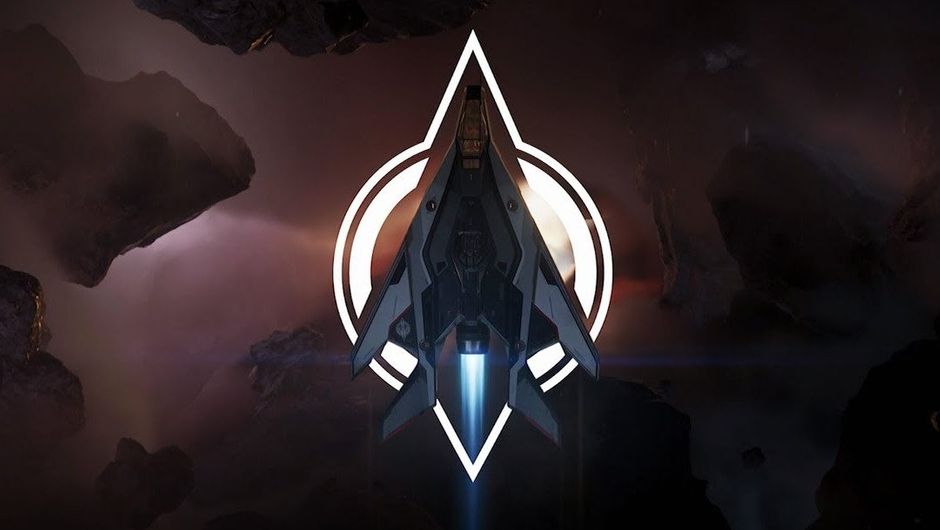 Space games are one of the primary genres of the gaming world, and plentiful in number. So why is that so many of them draw upon such similar material and ideas and even mechanics? Is it the fault of developers - or of gamers themselves?

Lasers, we love them. I mean, who doesn’t?

We’ve been playing a lot of Star Citizen lately, and the AltChar team are widely big fans of the space game genre, from Eve to No Mans’ Sky to Elite and the simply dozens of other space-based titles both old and new. Hell, we’ve even got a couple of guys who played the original Elite back in the 1980s on coal-powered machines.

Yet something is bothersome at the moment. We have a creeping sensation that the genre of popular science fiction is limiting the imagination of games designers when it comes to space titles.

Let’s look at Star Citizen. Yes, we know it’s not finished, and we’re willing to concede that it might never be. As we’ve made plain in other videos and on our website, we’re carefully optimistic about it. But that’s not what we want to discuss here.

We want to discuss how it feels, and by association, how many other space games feel, the  influences they draw upon and the mechanics they employ..

We’re going to call this The Laser Problem. 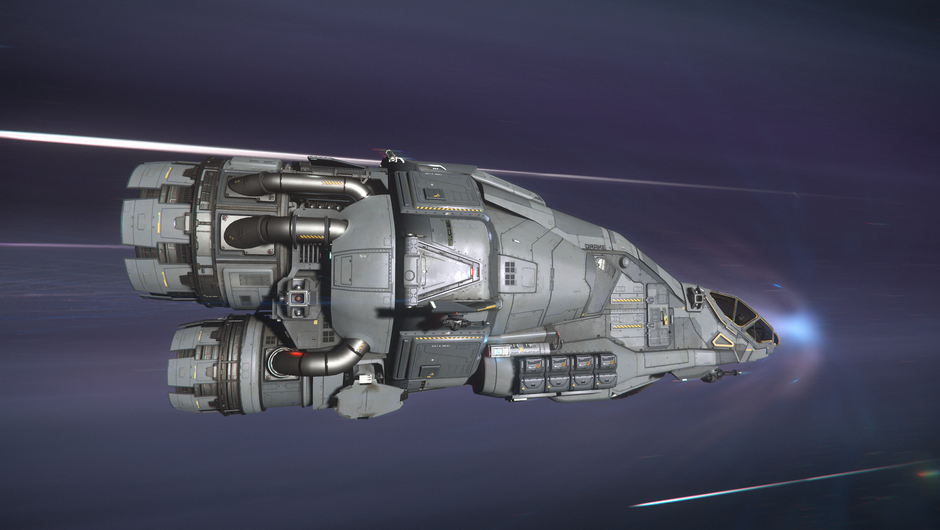 Star Citizen, outside of dedicated titles, is the closest game in terms of ship gameplay we’ve ever played to the feel of the Star Wars movies.

Starting right after the very first movie’s famous title crawl, the audience is thrown into a pew-pew-pew space pursuit battle. It’s a thrilling kind of space combat. And that’s the simple kind of thrill Star Citizen is trying to deliver for its players.

Why is this a problem?

Because if we think that the future - any future related to humankind even in the loosest sense - would see manually targeted beam or ballistic weapons being used in a multi-dimensional combat arena such as space, then it would be a future in which we’ve taken as many backward technological steps as we have taken forward ones.

To encapsulate the argument, some modern combat aircraft designers have questioned the fitment of any cannon-class weapon to aircraft designed for the air-to-air fighting role. They add weight and so cost fuel, they also add some level of drag, they require control by the pilot and the fitting of the associated technology this needs, and so on.

The last air-to-air cannon kill fighter vs fighter probably occurred during the Iran/Iraq war in the 1980s. 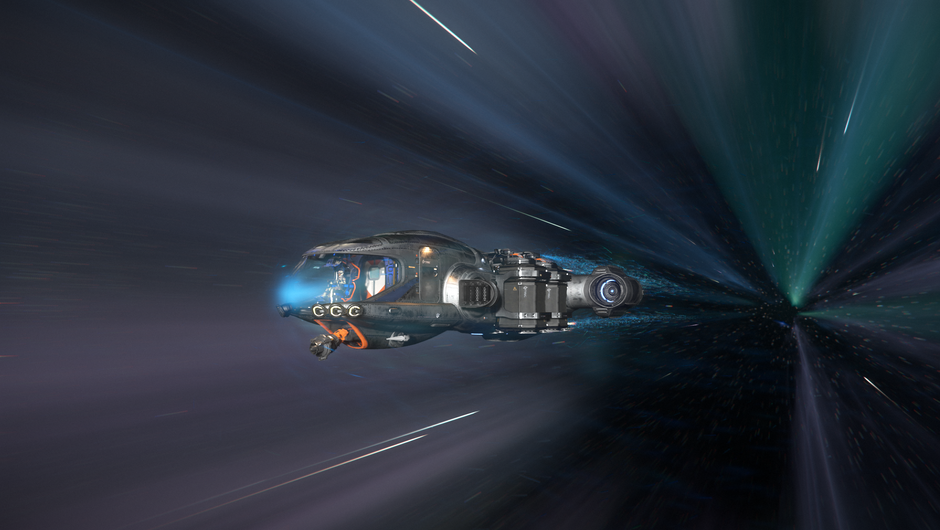 Such weapons are still currently fitted to the latest generation of fighters of course, but this is primarily for use in the ground attack role, or as a weapon of last defence in an air-to-air situation. And as for mounted weapons in manned or even unmanned turrets on larger bomber-type aircraft, they are obsolete.

So modern combat aircraft kill with air-to-air missiles, in all their different guidance variations, and the deadly game they play with each other is largely one of ranged location tracking, manoeuvre and invisibility.

Yet still we have space games in which pew-pew-pew laser combat with manual sighting is a thing.

Yes, we know.  But our issue is to do with the hierarchy of imagination in the sci-fi genre. At the top of the imagination trees sits literature. Books. Novels. In all its different guises and voices, science fiction - from Stanisław Lem to Philip K. Dick,Isaac Asimov to Ursula Le Guin, Robert Heinlein to Iain M Banks, Liu Cixin to Arthur C Clarke - has produced feasts for readers’ minds. The written word addresses itself to the mind’s eye, and there is no better canvas on which to paint fantastic worlds, concepts, technologies, futures. 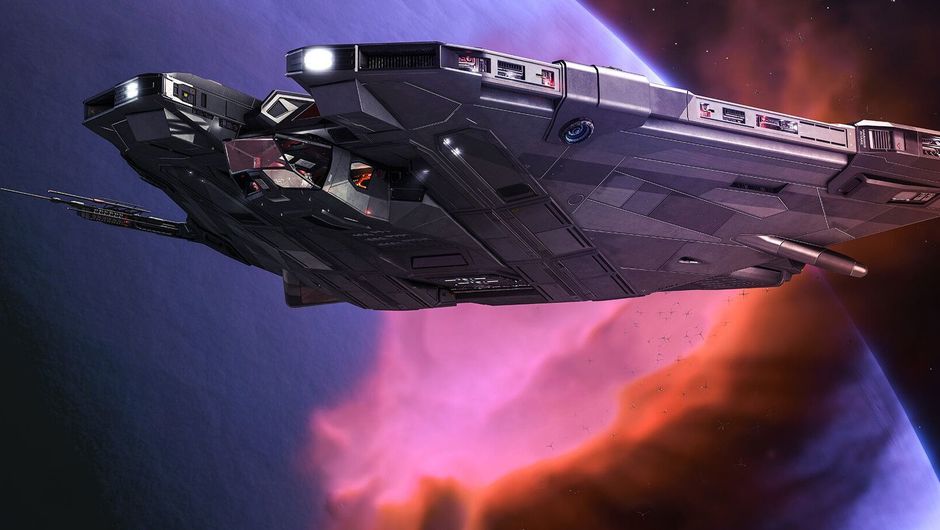 The next step down from literature is the visual world. Films, movies, TV series. We’d argue that TV  series have actually made a greater contribution to the genre of sci-fi than movies. Star Trek and Dr Who for example, have provided an arena for several generations of writers to lead us into places of extraordinary imagination, all with a firm anchor of continuity. Yet movies too have performed their role in enlivening our sci-fi imaginations with worlds, pasts and futures incredible, exciting, beautiful and frightening. From 2001: A Space Odyssey to Star Wars, District 9 to Avatar, Alien to Blade Runner, The Day The Earth Stood Still to 12 Monkeys, science fiction on the big screen takes viewers to remarkable places, ideas, characters and situations.

Make no mistake, we’re not hating on any of these games, or any of the dozens of other good games that draw from the sci-fi genre. 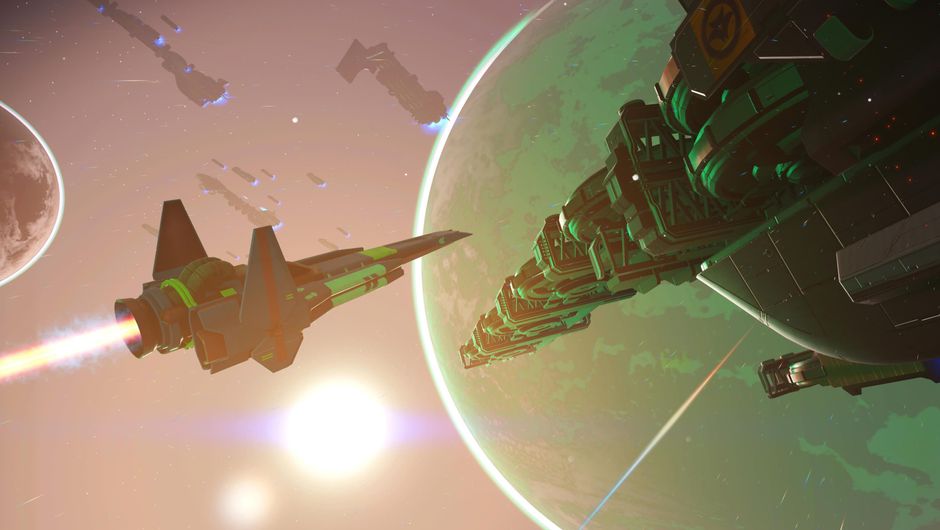 What bothers is how limited they have become in terms of imagination. Let’s go back to Star Citizen. The space ships are good to look at, some of the best models ever to grace our monitors. Yet when we were looking at our Origin Jumpworks 315p, we couldn’t help but notice it has tyres on the landing gear. Tyres. It’s effectively a well-imagined McDonnell Douglas F/A-18 Hornet from the future.

In case you think it’s only ships, the city of Lorville in Star Citizen is so clearly drawn from Blade Runner we were half-expecting to see a Rutger Hauer character model. The speeder bikes are well, Star Wars style speeder bikes - an aesthetic shared by Destiny and others for example.

Hyperspace or quantum travel is the same in so many games - it really is the Star Wars depiction with the blurred stars, down a tunnel of time bending distance. Is this the best we can do? What happened to the Infinite Improbability Drives and Project Orions of imagination? 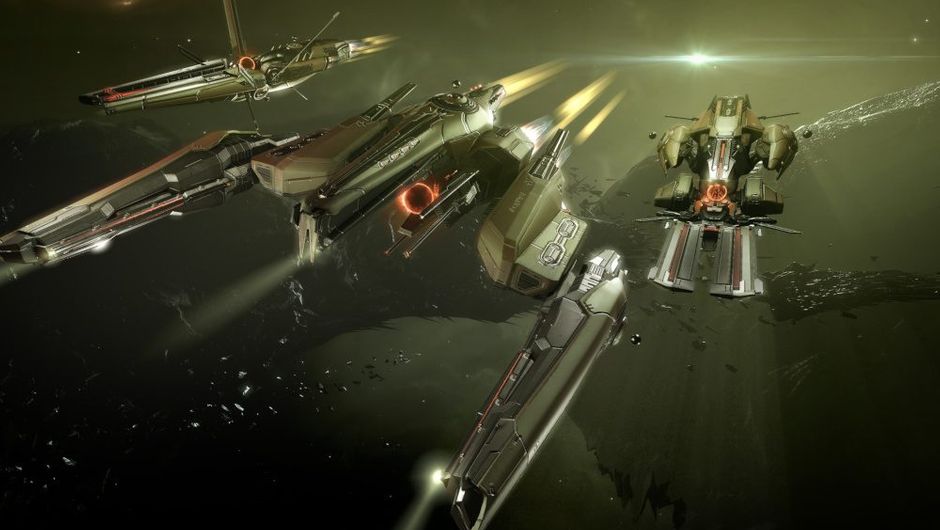 Given that in theory, games are a blank canvas, why do we see the same sci-fi themes, mechanics and gameplay style emerge time and time again? It’s not as though there aren’t other possibilities to draw from in existing science fiction literature which could be used for games.

Or we can offer our own. Hyperspace travel? How about your screen dissolves into “pixels” and reforms into a single atom, expanding again into a myriad of shapes, and half-formed, fleeting glimpses of the views you were looking at when you jumped. Finally reforming upon arrival.

Or engines that don’t feature our conventional understanding of fuel, but instead exist in a state that puts them a fraction of time in the past, fueled by the difference between now and then.

Ships that act more like NPCs - you can choose the personality type of your vessel, which affects how it communicates with the players, and how it acts in on its own according to some inhuman AI logic.

How about that other ubiquitous feature of space games - mining? Point beam at thing, collect stuff, roughly speaking, and again usually with some sort of mining laser. Is there not a future in which materials are living things. Imagine a form of vessel or bodily protection that grows, and alters over time. And repairs itself. Games could have borrowed from Lexx or Farscape, instead of reaching into the shallow pit of established visuals and concepts. 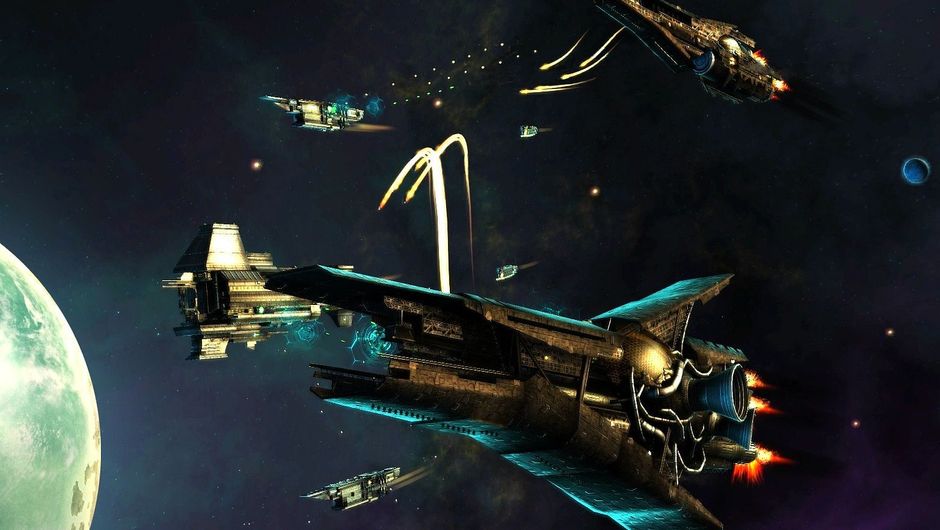 These are just throwaway suggestions, and other, cleverer, people than us out there have suggested more interesting ideas and written about them. The point is you can do anything. It’s the future, or a future, or a past, or several pasts.  It doesn’t matter. The possibilities are only limited by imagination and possibly hardware.

And us. The players. Yes, that’s right, the ultimate blame is with us.

Ever since the shape of the V2 rocket became the standard depiction of a space rocket for more than a decade into the 1950s, our imagination on what is possible in space has been limited in movies to what we can understand from our own technology, our own understanding of physics.

And games are no different. Yet it’s clear games designer feel that we, the players, respond best to what we have already absorbed from our consumption of science fiction. And that consumption is most usually from the central visual canon of sci-fi: Star Wars and Star Trek being the most powerful elements. They are giving us what they think we want, and it’ll take a bold and probably indy studio to really break this mold. 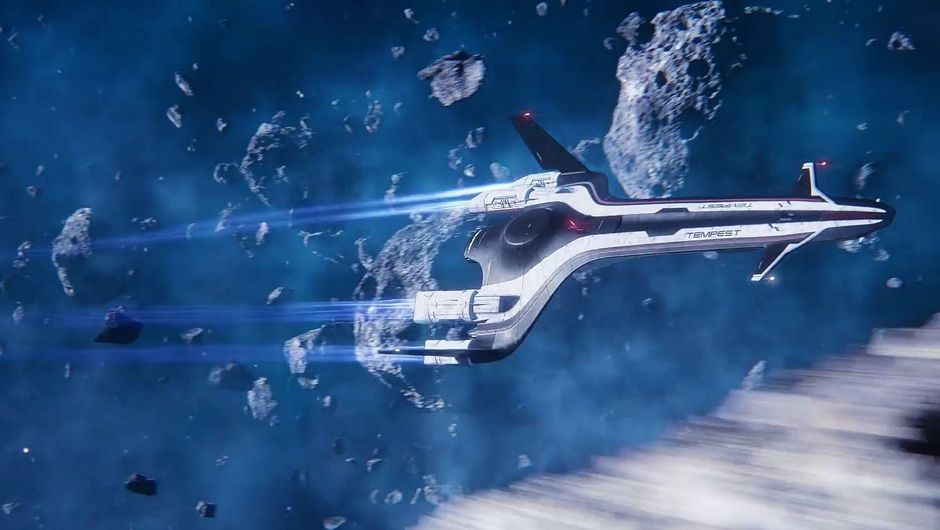 We have to concede there’s a gameplay issue here. How do you make a space game interesting while removing some of the player’s agency? For example, there’s an argument that most people want World War Two style aerial dog-fighting in space. Well,  we’re not advocating the end by government edict of such games, merely that a few more titles that took a different imaginative vector to the current norm would be welcome.

For those of us who played Elite back in 1985, the look, feel and functional complexity of current games is light years away from its wire-frame graphics, yet we can’t help but feel the fundamental ideas used in it haven’t really advanced even as the technology has.

And right there you have the perfect paradox. We’re talking about science fiction and advances in real world technology in the same sentence, yet nothing has advanced in terms of ideas. We’re cavemen armed with pulse rifles. The paradigm of the genre we love has become the thing that limits us, and limits our games. 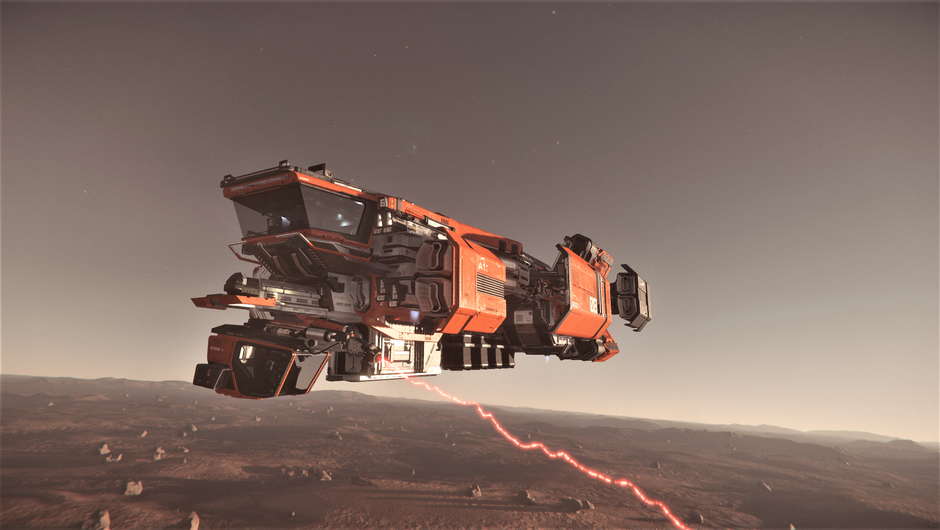 A ton of GTA 6 gameplay and screenshots was leaked on Sunday by someone who claimed to have hacked Rockstar's servers and stolen highly confidential information and footage.

The UK police have confirmed that they have arrested a 17-year-old on suspicion of hacking. The crime is reportedly related to the GTA 6 hacking incident.

With Cyberpunk 2077 now playing better than ever, it's time to revisit Night City again but to make things a bit more interesting, here are some of the mods that you should be

The Division 2 Season 10 named Price of Power is now officially live across all platforms with new difficulties, quality of life improvements and new story chapters.

Dying Light 2: A Huntress and A Hag DLC is now officially out across all platforms with new content, free for all owners of the base Dying Light 2 game.