What we learned from the mammoth Destiny 2 reveal 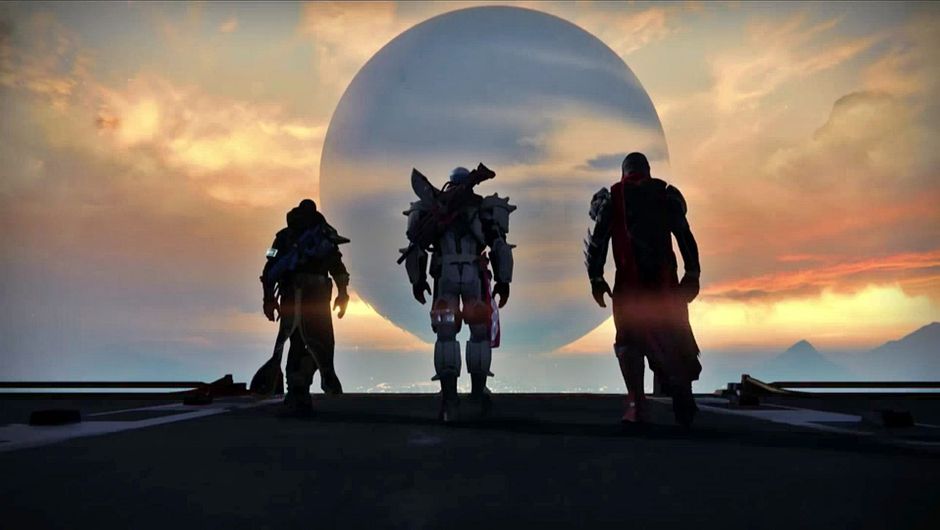 Destiny 2 has been officially revealed, and here are 10 things we learned from the trailer

The obvious takeaway from is that, as was heavily rumoured, the Cabal are the major enemy this time round. Breathe easy if you thought there would be more Taken to deal with...

The trailer shows major new Cabal enemies and weapons, and the promise that one of the most intriguing but underserved enemy groups in the origin Destiny gets centre stage for D2. Brilliant.

The teased story is: "Humanity’s last safe city has fallen to an overwhelming invasion force led by Ghaul, the imposing commander of the brutal Red Legion. He has stripped the city’s Guardians of their power, and forced the survivors to flee.

"You will venture to mysterious, unexplored worlds of our solar system to discover an arsenal of weapons and devastating new combat abilities. To defeat the Red Legion and confront Ghaul, you must reunite humanity’s scattered heroes, stand together, and fight back to reclaim our home."

2 You'll have lots of vault space... because all your gear is gone

It's been mooted for a while that D2 will be a complete restart for your characters, except with the possibility of how they look. But the trailer has rabble-rousing Cayde-6 give background to why: it all got destroyed. Ouch.

3 The current classes look like they will stay the same

In the trailer we have Zavala giving the stiff-necked formal speech, Cayde weighing in with his "informal" style, and Ikora Rey to provide a semblance of balance. Titan, Hunter, and Warlock it is then. No hint yet of new classes or sub-classes, though it is almost certain that they will receive a ton of new abilities prior to launch.

4 It's due on September 8th

You've got 162 days to wait until you get your sticky mitts on the full version of the game. However, you can pre-order now. Of course these days many people say don't pre-order as it encourages companies to send out half-baked products. But we have. No freebie codes for us proles, we're keeping it real.

5 There are three versions to pre-order right now, and two Expansions confirmed

Pre-order packs in the digital and other stores are:

Standard edition - You'll get the game and (depending on your platform) perhaps a theme. In the UK this is £54.99.

Game + Expansion Pass - The standard game above, and access to the two confirmed Expansions I & II. In the UK this is £79.99.

The Expansions haven't been named, but leaked cover art suggests the first will be centred on exiled Warlock Vanguard Osiris (he of sweaty Trials fame...), and the second will be focused on your favourite warsat-dropping AI Rasputin.

6 There's a Beta coming soon for pre-orders and public

As with Destiny, there will be a public Beta period, which will be open to early purchasers and the wider world - but pre-orders will get priority. So that stuff about not pre-ordering... yeah there's a downside if you are super keen to get in early. If you still curse not getting a shader or two because you skipped the D1 Beta, here's your chance to make good.

Bungie say: "At this moment, our focus is the story we’re telling in Destiny 2. Up next, we’ll take a look at the gameplay. Your first opportunity to see Guardians in action will happen on May 18. We hope to have you all in the audience for the gameplay reveal livestream." We will.

8 It's the Quest to get Cayde's gear back!

All our stuff is gone, but Cayde promises loot and more loot. They know what they're doing these Bungie people.

9 We see real people in it

Blink and you'll miss it, but the trailer shows actual normal "civilians" and the consequences of destruction. Hopefully this at least hints at more social space and non-robot and non-Vanguard human characters and story.

But you knew that, since we've been saying it for a while eh.

Xur may fail to impress the veterans this time around but he is carrying items useful for newer players still.

Destiny 2 has been suffering from terrible matchmaking in the Crucible and Bungie's attempts to fix it ran into different issues so they are now trying to find the middle ground.

Xur is back once again and he's carrying some pretty good weaponry, as well as a few choice armour pieces for the Guardians.

Season 18 World First race concluded with a hattrick and it opened the way for new Light subclass fragments.

Xur is carrying some pretty good weapon rolls this week but the armours are not of any particular quality.

Arc 3.0 ornaments are coming to Destiny 2 next season

Arc 3.0 ornaments are coming to Destiny 2 next season

Destiny 2 players were dismayed to see that the themed armour for a reworked subclass was missing in its season so Bungie cleared up what's going on and when to expect it.

Bungie revealed some components of the next Destiny 2 expansion, Lightfall, which pretty much confirmed the previous leaks.