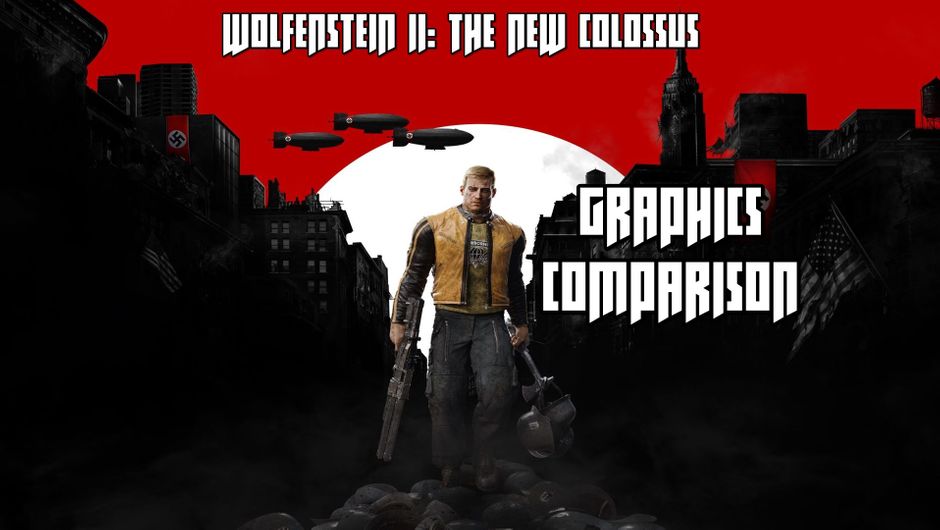 It’s time to fight Nazis once more on Nintendo as Wolfenstein II: The New Colossus is now out for the Switch. But how does it compare to the PC version? Our newest graphics comparison tackles this question in a show of gory visuals.

You know, when the Switch first came out, we did a lot of original reviews for games on the platform. But it seems like all we have had for this year are ports, ports and more ports. However, this one is different. Wolfenstein II: The New Colossus came out on PC, PS4 and Xbox One in October 2017. So as opposed to , and , which we looked at previously, this is kind of a legit new game. Kinda. Yeah, why not.

Quick review of the game on the Switch: it's not for us. We like a first person game to be on PC as god intended, but kudos for making the motion controls of the controller work à la Splatoon 2. Nice feature and touch that not enough other games and consoles are doing.

However, this game does not look good on the Switch when compared to the might of the PC. It's great to play on the go, but intense shooter games like Wolfenstein and Doom are not casual pick up and play style games. You got to pay attention and you need some good controls. Wolfenstein II is surely a great FPS title, but the Switch is definitely not the platform for it, in our book at least.

For this graphics comparison, we are using a PC with AMD Ryzen 7 1700X 8-core CPU with 16 GB of RAM memory and an NVIDIA GeForce GTX 1070. The game is running off an SSHD. For the Switch, we are apparently using a version with Vaseline smeared on the monitor. 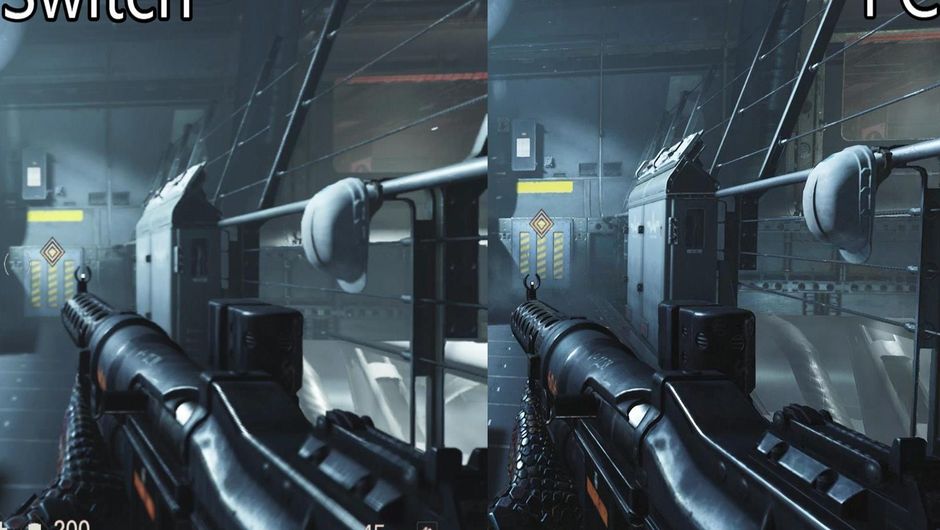 But enough small talk. You are here to see some hot blood being shed on two different platforms. It's a showdown of Nintendo and the fierce PC Master Race once again. Let the pretty visuals .