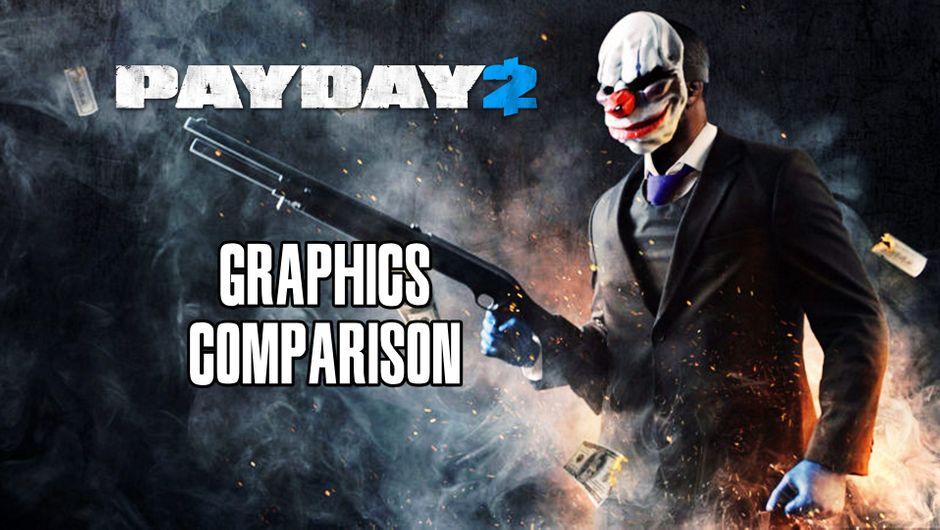 In our latest graphics comparison, we take a look at yet another Nintendo Switch port. This time it's Overkill Software's Payday 2. The Switch edition was released a few weeks ago, but does that mean that it beats the original PC version?

It looks like once again Nintendo are trying to throw off their identity as a baby and child’s platform by bringing Payday 2 to the Nintendo Switch -  a game where you play as a criminal and you rob places. A rather simple premise with effective gameplay.

Now when the game was first released in August 2013, it wasn’t the most graphical intensive of games when compared to its competition at the time such as Battlefield 4, Bioshock Infinite and Call of Duty: Ghosts. Using the Diesel 2.0 engine, which, as some would argue on and , is over 15 years old - the textures, animations and overall graphics are downplayed.

So in 2018, on Nintendo Switch, does the game look better than on PC? Watch our comparison video , and you be the judge.

Halo Infinite campaign turned out to be a fantastic power fantasy that was dragged down by dilution through repetition and characters that struggled to keep me interested.

Review: Battlefield 2042 - Back to the drawing board

Review: Battlefield 2042 - Back to the drawing board

Battlefield 2042 is all tricks but no treats. It tries to do plenty of new things but fails disappointingly with most of its features.

Halo Infinite store has been improved with the latest patch

Halo Infinite store has been improved with the latest patch

Halo Infinite multiplayer hit the right notes many times but the wrong one everyone talks about is getting toned down.

Just ahead of the wave of the AAA blowout in February 2022, a smaller Danish studio popped up with a game that deserves a lot of attention on its own - Expeditions: Rome.

It wasn't only the close release and teasing of the two new additions to these two Riot games that made fans speculate about their connection, but their similarities as well, which Riot have now officially confirmed.