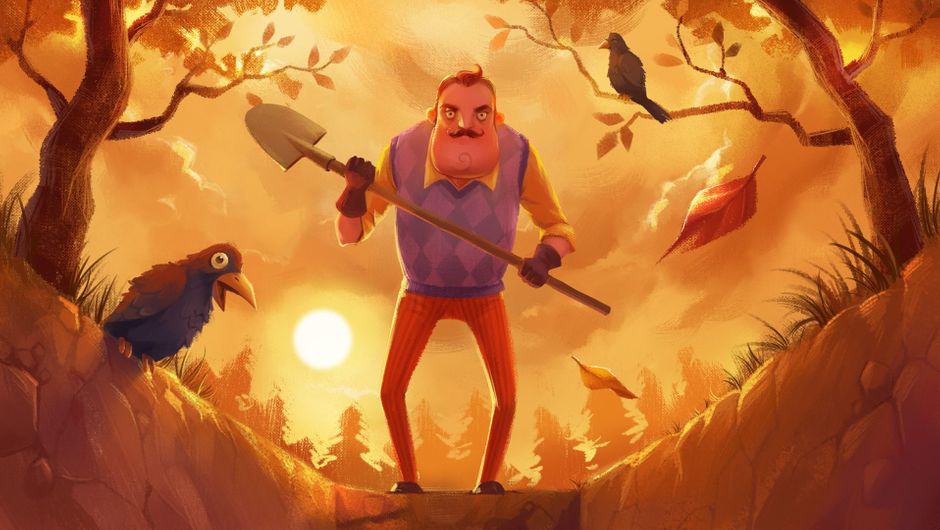 It was the indie darling of 2016, but now that Hello Neighbor is fully out for Nintendo Switch and PC, the cracks have appeared, as was to be expected. Here's our quick review and a graphics comparison of the Switch and PC version.

Hello Neighbor is one of those games that sounds great in concept when you hear about it. It’s an example of indie hype culture. The very idea of the game is so original that the minute you hear about it, your mind immediately starts writing off all the different permutations as to what can be done with the game.

Your neighbour has a mystery in their house and you have to break in and find it while avoiding them. The art style is creepy with the friendly faces of a destroyed suburban environment.

Playing Hello Neighbor is a strange experience, to say the least. It's like watching an adaptation of a book that you read - there are some things about it that are just not quite right. It is strange seeing the creator's adaptation of a source material that you felt would be done differently.

But what I will say, is that Hello Neighbor is actually quite a good game. In a way, it reminds me of a throwback to the original puzzle adventure games of LucasArts and early FMV games. The kind of things that, with the use of a guide, if you could find one back then, could be rattled off in a mere 2 hours, but instead took you months upon months of thinking and trying out new pathways to get through the puzzles.

If you just want to beat Hello Neighbour, go grab yourself a guide and you'll be done with it quite quickly. But the joy that is to be found in this game is by exploring and trying things out as you go along your way. 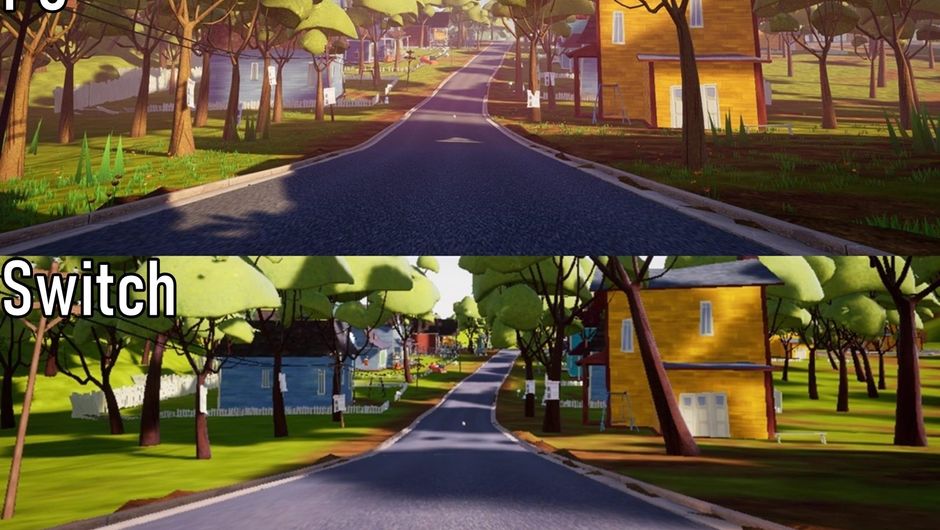 However, the game is flawed due to its control system. It is very rare that a contrived control system is so fundamentally flawed that it just does not work. Full stop. We devoted a large amount of time to try and get through it by ourselves and we kept getting caught. So we had to use a guide as we had to finish the game for this review.

We won't go into much detail for the sake of keeping this review short and sweet, but just know that if the concept of LucasArts logic with poor controls fills you with terror - this is a game you'll want to avoid.

And it only gets worse with the Switch version... We have done a lot of videos of PC vs Switch, and this has got to be one of the worst looking ports. Nevertheless, it is time for the pretty visuals to commence, so click and enjoy.