Review: Wonder, mystery, fear and discovery - why Subnautica gets it right 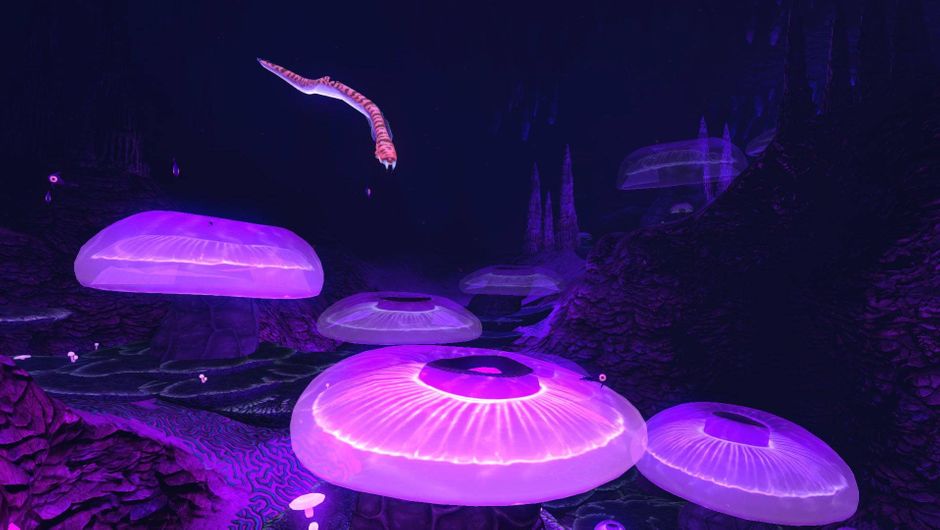 Subnautica has hit on a rare blend of suspense, exploration, storytelling, visual appeal, use of sound and great big scary sea creatures with large teeth. Unknown Worlds Entertainment have set down an aquatic marker for other studios with such a finely honed combination.

You'll probably die quite a lot in Subnautica. Unexpectedly eaten by a denizen of the deep, making a fatal miscalculation about your oxygen reserves, or simply good old fashioned radiation poisoning, there's a lot of ways to go.

Unknown Worlds Entertainment Subnautica's underwater world is as beautiful as it is dangerous. 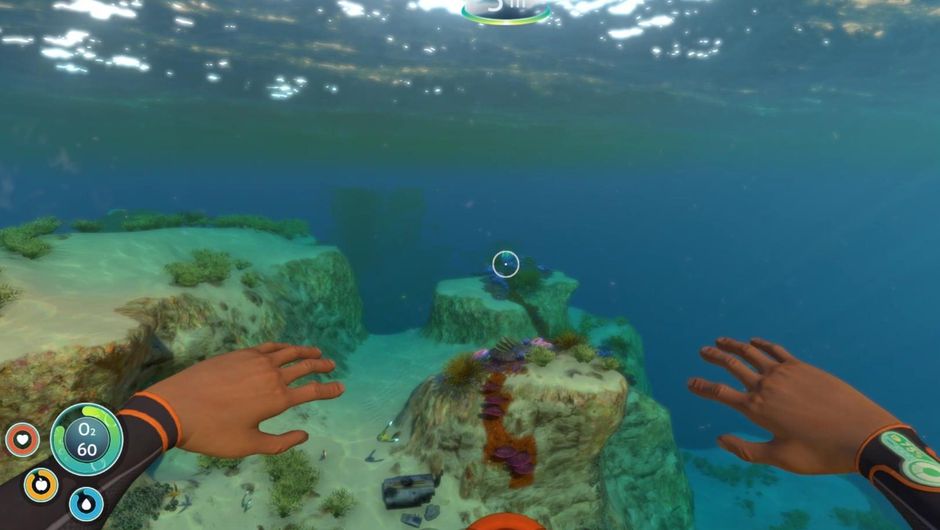 You're not at the top of the food chain on planet 4546B, nor are you armed with over-powered weapons, or able to be equipped with items that remove the challenge from everything. No. You are just surviving. You can make life easier for yourself, but each piece of equipment you craft simply makes you take more risks. It's an excellent equation to make a game compelling and immersive.

In spite of all the developer posturing about the absence of weapons, Subnautica still contains some low-level shooter mechanics. True, you don't shoot things, but you can freeze, scan and cut, and that is accomplished through the tried and true method of holding your pointer steady on a target until you get the desired effect. They may not be weapons but the principle is essentially the same on a mechanic level. Maybe it's more humane to just scan a fish before eating it, rather than the more traditional gutting approach. 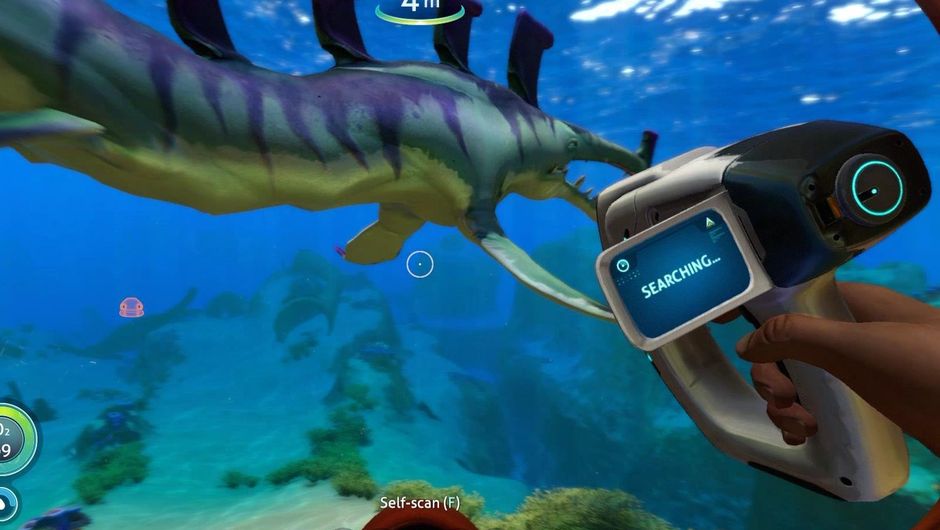 So what's the story? Well, spoilers are a dangerous thing with Subnautica, but suffice it to say you wake up in rescue pod after the space ship you were on makes a disastrous crash landing on an alien planet. You seem to be the only survivor. We won't reveal how this story plays out - but we can praise the actual style of storytelling.

Subnautica's narrative is sparse and carefully crafted. It doesn't drive the gameplay, but adds to it. This is no game on rails. It's a title that gives you clues, bits of information, bursts of story. You are left to piece it together yourself. And if story isn't that important to you, it never feels obtrusive. That's a difficult balance to achieve, and we must tip the AltChar hat to narrative designer Tom Jubert.

A particularly large and spoiler sensitive explosion near the beginning of your underwater adventure may leave you wondering what would have happened if you made it to the disaster site before everything went vertical. There is a lot of narrative smoke and mirrors on display - the good kind, where player agency is integrated into the narrative in sneaky ways. Forget show don't tell, welcome to engage don't show. 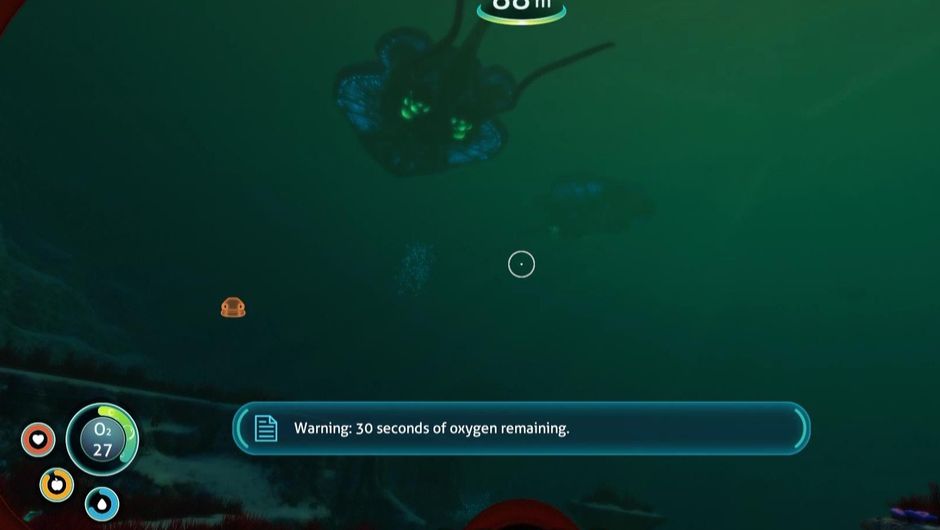 Setting and atmosphere are important to a survival-type game. Well, Subnautica's first triumph is exactly its predominantly underwater setting. That straight away makes it different in dimension and movement to other survival titles and provides for metrics such as oxygen supply - which, as well as being logical, add a near constant imperative as you begin your explorations. Subsea gives the designers a fresher set of colours, textures and themes to work with too, and the constant looming up of creatures, terrain, materials and objects in the mid distance is confidently executed.

This underwater world lends itself to a whole different spread of sound effects too - and they are carefully curated. Even as you get further into the game, you'll hear unexpected and unexplained sounds booming out across the deep ocean, or smaller, closer detail sounds. Any single one of them can mean danger, or be nothing to worry about. But you'll still worry, because a lot of things can send your lifeless shell floating towards the surface without breaking a sweat. 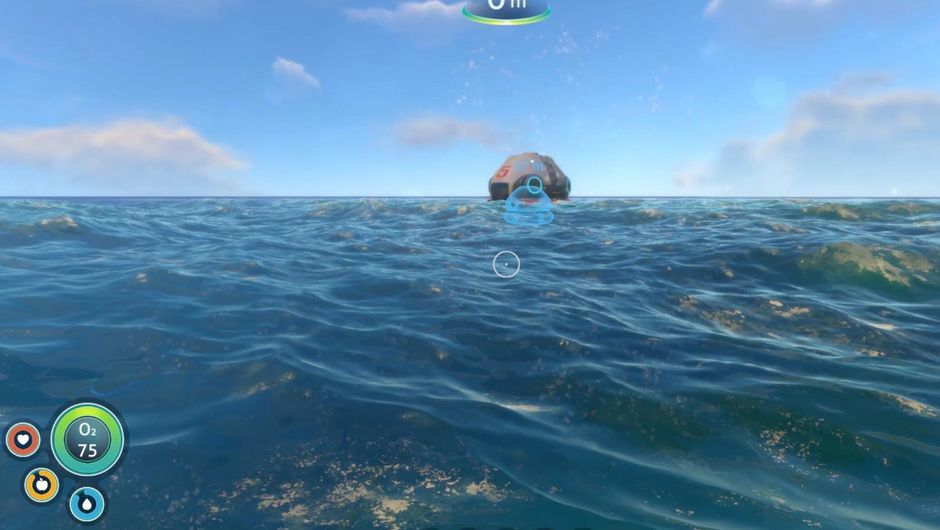 Crafting can be a tedious process in any survival game. Kudos to Unknown Worlds Entertainment fot designing a survival game's systems without having the player chop down a single tree. In fact, Subnautica does away with a lot of timers and other similar padding techniques often found in the genre. So, if you want to get some survival thrills without the built in ennui of waiting 3 hours for your woodchip stew to boil, Subnautica has its ways of delivering.

The time consumed in gathering materials is often inverse to the amount of pleasure gained from doing so. We're not saying that Subnautica has found the complete solution to such tedium, but gathering materials in the game is so utterly connected with exploration and all the fear and fun that brings, that it rarely feels like a chore. Add to that a crafting system that meets you halfway on discovery and items that, as you make them, get you to go that bit deeper, that bit further away from safe sanctuary, and you're looking at solid and rewarding playability. 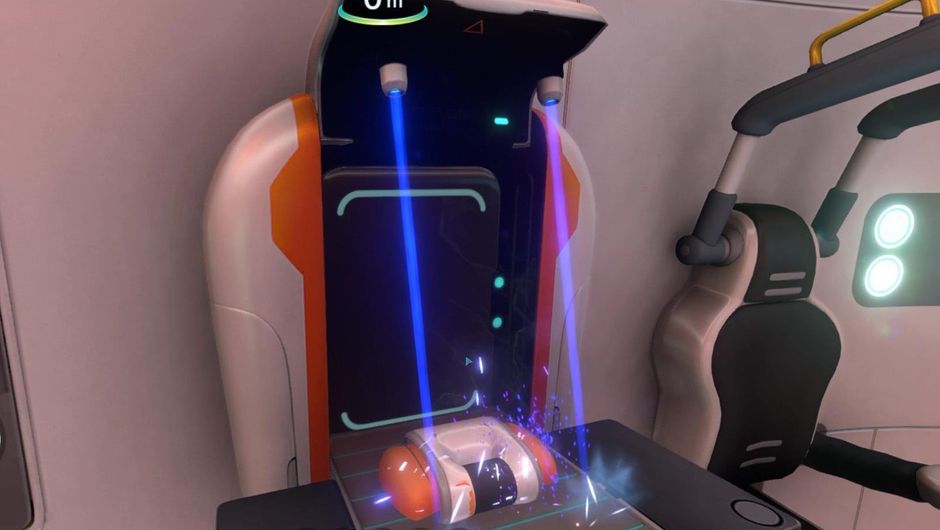 Base building is on hand, with all of its below sea level quirks, to allow you an extended reach with your exploration. The system works with prefab components that snap into place as you expand your habitat. A sea base will not only allow you to venture further into the unknown, but will also let you automate a decent chunk of most resource related operations.

That said, if we insisted that we went further than 200 metres away from our lifepod in the first two hours, we'd be lying. Now what was that noise?

Subnautica gets a 9/10 from us. It's an excellent take on the survival genre, and really rewards the time spent in it. It also has a save function for the time-pressed, so it's the kind of game you can dip into for hour. It will be hard to pull yourself away though. Like a squid's sucker.

Xbox exclusive Grounded is finally set for a full release on September 27, 2022, with a bunch of new content including a full story.

Rare announced they will be moving the release date of Season 7 in Sea of Thieves but the wait won't be that long.

Deliver Us Mars gets new trailer and release date

Deliver Us Mars gets new trailer and release date

Frontier Foundry and Keoken Interactive announced pretty much all you need for Deliver Us Mars as the game now has the release date as well.