Which Xbox One should you get? 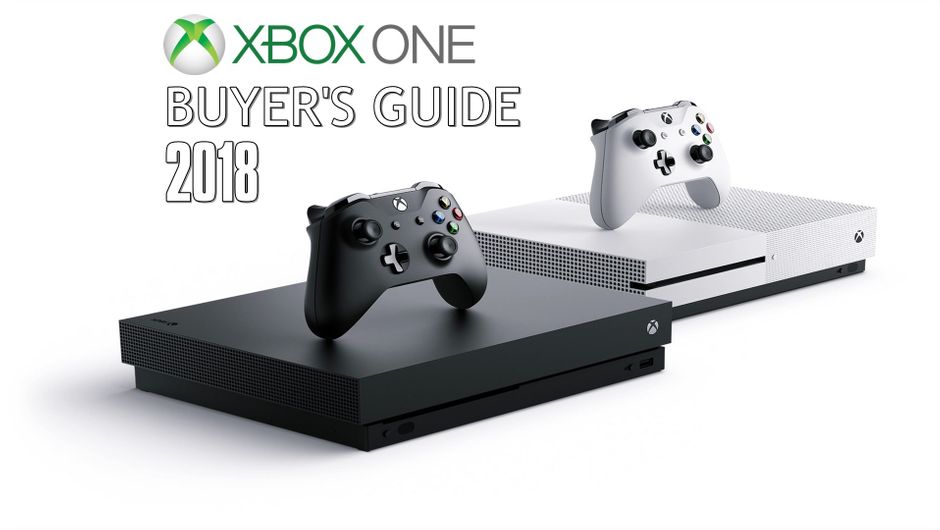 With three different versions of Xbox One being out on the market, it's easy to get confused as to which system to get. In this guide, we're going to help you make up your mind as we take you through what each system has to offer.

After discontinuing the original Xbox One and replacing it with the Xbox One S, Microsoft released another version of their flagship console - the Xbox One X. So if you're thinking of stepping into the world of Xbox, you only have two consoles to choose from at the moment, the Xbox One S and the Xbox One X.

However, if you're a Microsoft veteran and you own the original Xbox One but you want to upgrade your system, you probably have a lot of questions as to which of the new machines is best suited to meet your needs.

We're gonna help you decide where to spend your money as we break down all the differences between the three consoles. So let's get started.

One of the biggest differences between the three consoles is in the graphics department. The original Xbox One supports neither 4K nor HDR. The Xbox One S does support HDR gaming, but not the 4K resolution. The only place where you can experience true 4K with the Xbox One S is if you use it to watch 4K videos. Native 4K gaming however is not supported on this device, though it does upscale full HD content to a 4K resolution, much like the , however, it is still not the real deal.

AltChar Difference in GPU between the three consoles 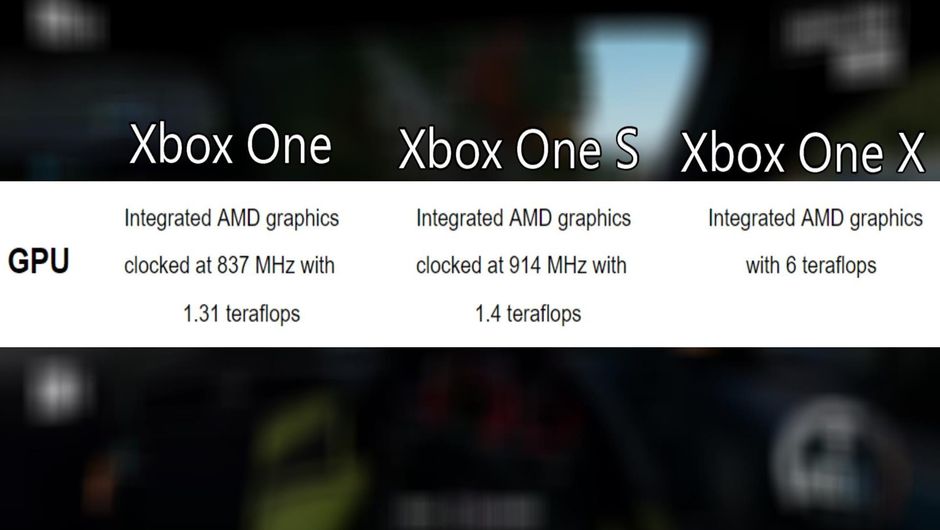 Xbox One X supports both native 4K gaming and HDR - it's not called the world's most powerful console for nothing, you know. To get technical about it, we can see in the image above that the original Xbox One and Xbox One S have very similar GPUs, but these are absolutely destroyed by the X's super-powerful graphics card which boasts a whopping 6 teraflops of performance. Note that you will need a 4K HDR TV to truly experience the power of the Xbox One X.

When it comes to CPU power, there is almost no difference between the original Xbox One and Xbox One S. The S version boasts a slightly more efficient CPU which gives the developers the additional processing power needed to take advantage of HDR. However, the Xbox One X comes with an upgraded processor which is around 30% faster than the original Xbox One, going from 1.7 to 2.3GHz.

AltChar Difference in CPU between the three consoles 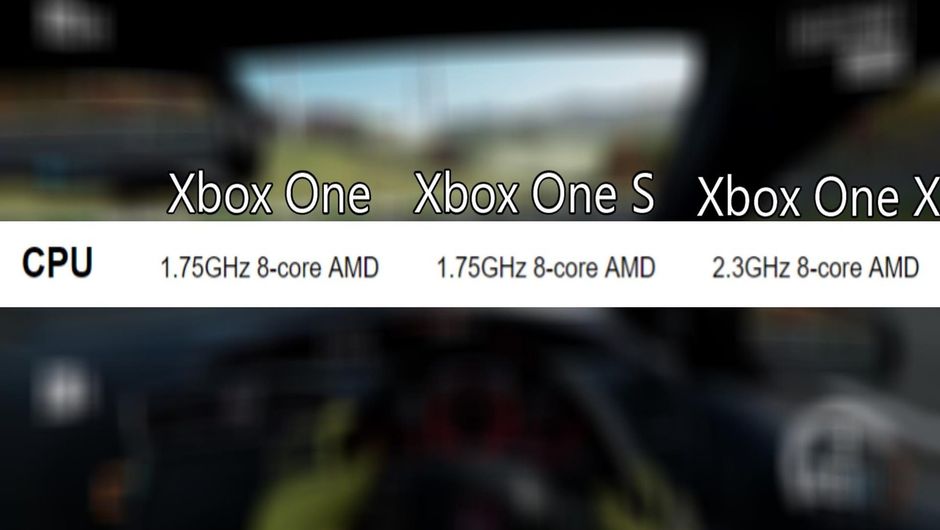 Apart from having a better CPU, the four additional gigabytes of RAM memory is another reason why the Xbox One X runs much faster. These extra 4GB are reserved for the console's system, leaving the remaining 8GB for games only. This is a very significant increase because both the original Xbox One and Xbox One S have only 5GB of RAM memory available for games. 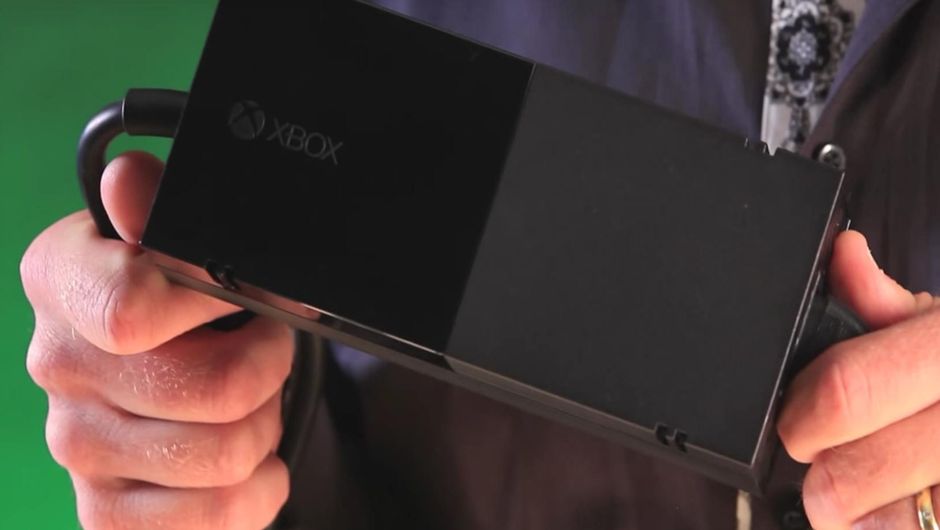 As far as the appearance goes, the Xbox One X is basically a clone of its predecessor.

All Xbox One consoles come with the same connectivity ports, apart from the original Xbox One who doesn't have an HDMI 2.0 port. This is due to the fact that this console does not support any form of 4K content like we said. It also supports only Blu-Ray and DVD optical drives, whereas both the Xbox One S and the X have both 4K and HDR Blu-Ray drives.

AltChar The original Xbox One does not support 4K and thus does not have an HDMI 2.0a port 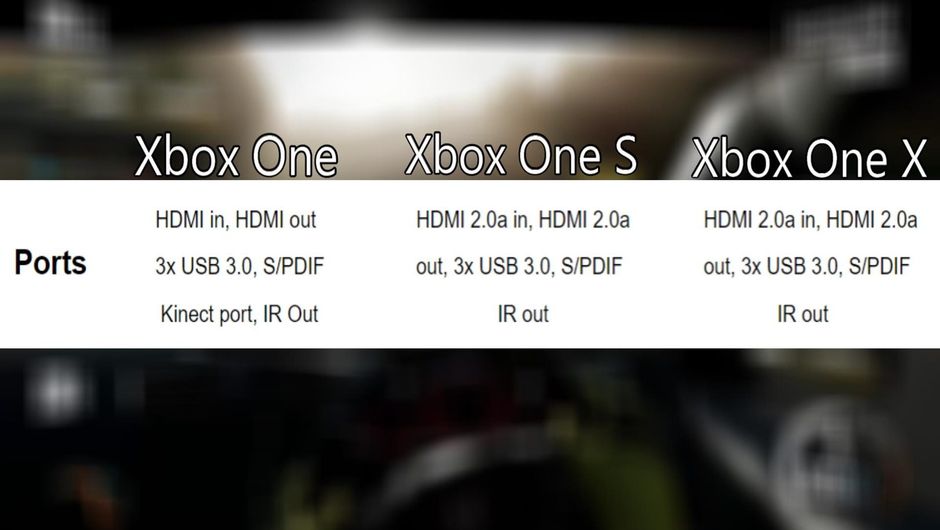 When it comes to storage, the original Xbox One packs a 500GB hard drive, whereas the Xbox One S has multiple storage options, ranging from 500GB to 2TB. The Xbox One X has only a 1TB hard drive.

Even though there are many differences in performance between the three consoles, they all offer the same games. Microsoft gave a to their players that there will be no exclusives for any of the consoles, so whether you own the original Xbox One or  any of the newer systems - you will be able to play all the latest Xbox titles. The only difference will, of course, be in how the game performs. The newer the console, the better the game's performance - simple as that.

Now, as is of course natural, better performance comes with a higher price - and so the Xbox One X costs about £449, whereas the original Xbox One costs around £200 less. The Xbox One S comes with different price tags, depending on what storage size you decide to get.

AltChar Xbox One X is, of course, the most expensive version 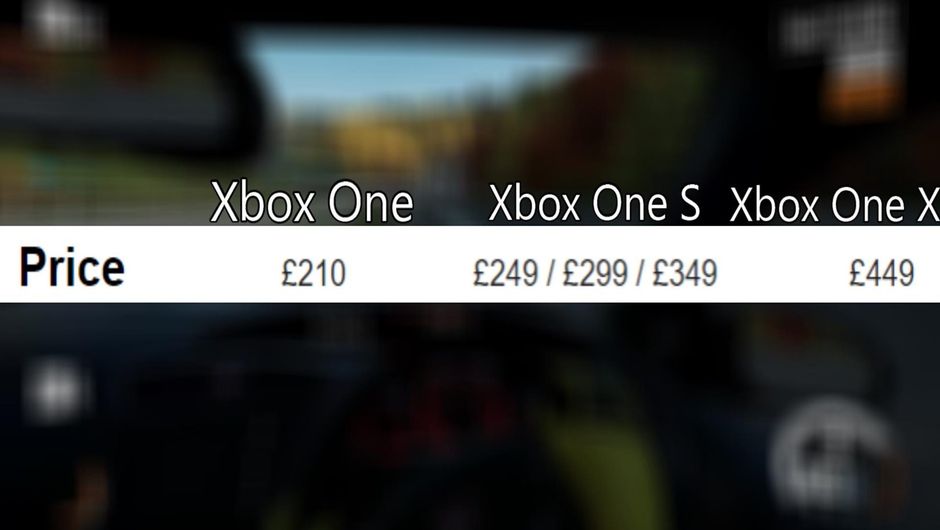 So let's break it all down: if you have the original Xbox One but you don't own a 4K HDR TV and you're a casual gamer who just wants to play a game or two on your Xbox machine every now and then, then there's really no need to upgrade to any of the newer systems.

AltChar Recap of Xbox One 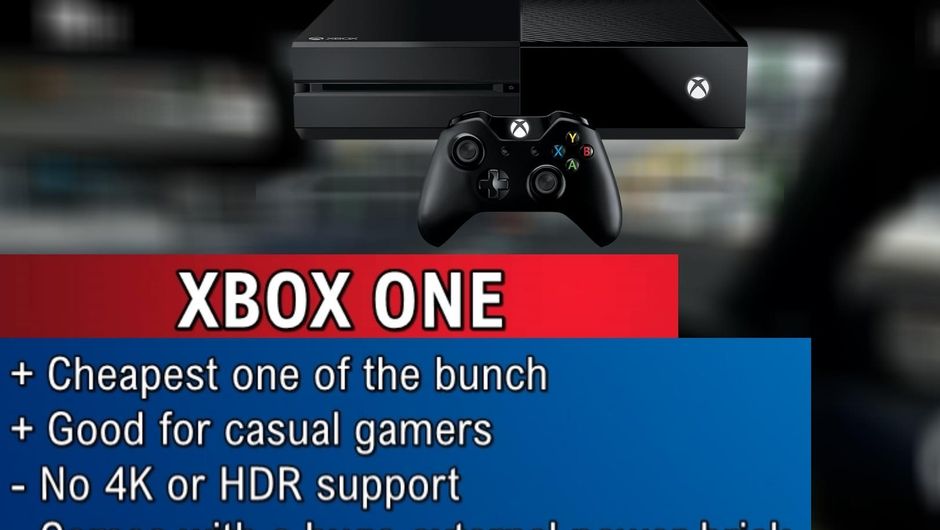 However, if you don't own any Xbox One consoles and you're looking to get one just the experience the world of Xbox for the first time, we recommend going for the Xbox One S, as it offers the best value for the smallest amount of money: HDR gaming and 4K videos, all in a cool looking small machine.

AltChar Recap of Xbox One S 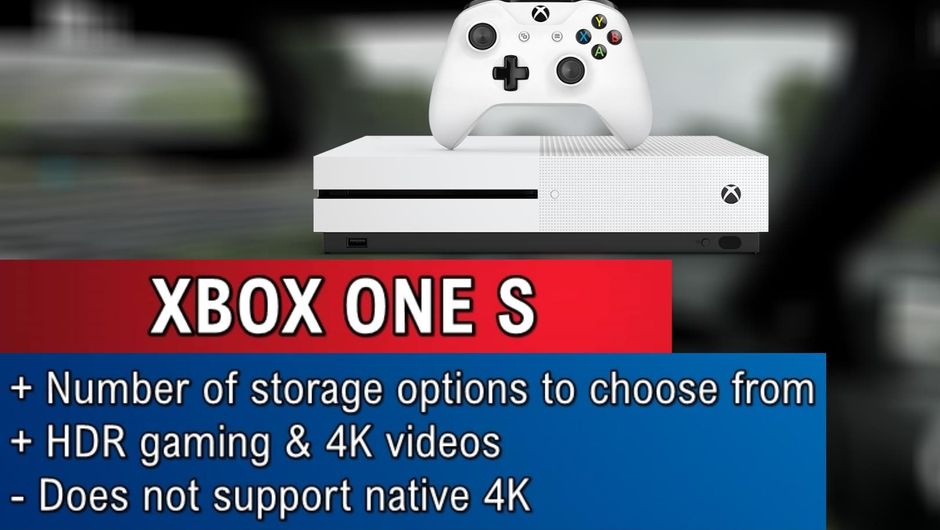 But, if you're serious about your Xbox gaming career and you do own a 4K HDR TV, then you should definitely consider spending more of your hard earned cash and getting the Xbox One X, as it is the best of the console gaming world at the moment.

AltChar Recap of Xbox One X 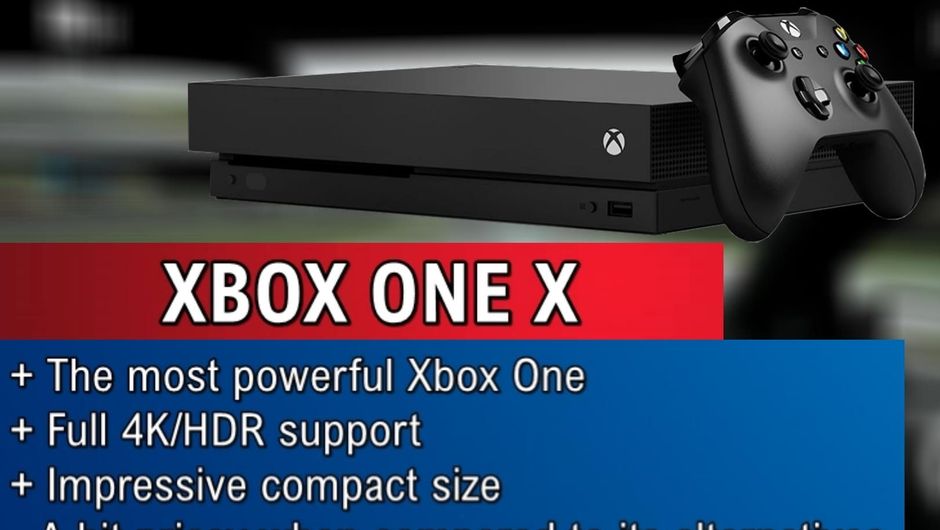 Devil in me - All passcodes and where to use them

Devil in me - All passcodes and where to use them

A lot of the players might not have paid much attention to the Stronghold event or didn't get a chance to play it. This article contains everything you need to know about Strongholds in Warzone 2.0 and how to complete them.

Error codes are a mandatory encounter that every Rainbow Six Siege player has to have. They come when you least expect them and this article will tackle error code 0-0x00000001 or the "updating security measures" error.