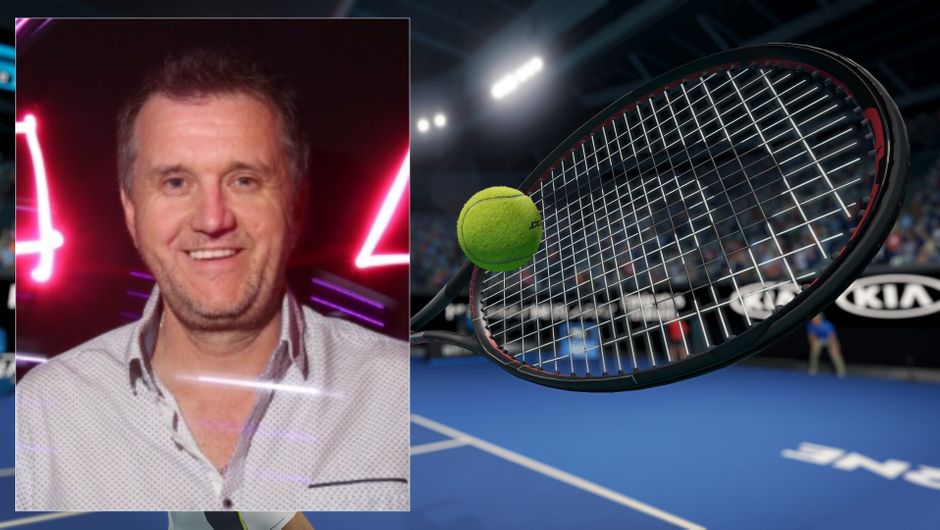 AO Tennis 2 did a fantastic job of addressing many of the criticisms from earlier instalments, and showed Big Ant Studios doubling down on their willingness to update and support their titles. We interview Ross Symons, CEO of Big Ant.

We have huge respect for the honesty and frankness that developer Big Ant have demonstrated throughout their many years working on these titles. They have proven time and again that they're willing to address issues head on, and AO Tennis 2 is a direct result of executing on that strategy. As we said in , it's by no means a perfect sequel, with some issues with load times and online stability. But there's also so much it gets right.

They're also in the curious position of being one of the only recognisable tennis based games on the market today, with previous stalwarts Virtua Tennis and Top Spin languishing in obscurity. We caught up with Ross Symons, Big Ant's CEO, about the process of working on the game, and what lies ahead in their future.

AO Tennis 2 does a wonderful job of course-correcting elements that didn't always work as intended in the first game. What were the key areas that you wanted to improve?

We really wanted to address the feedback that came to us from the many passionate AO Tennis fans we had. We took a top-down look at everything based on their feedback - the way the career mode works, the movement across the court, the animation, and the atmospheric elements.

Your "Mo-Cap Guy" YouTube short was a fantastic way to draw attention to the expanded feature set in AO2, whilst having some fun with the stereotypes of acting and performance capture. Who pitched the idea and how did it come together?

We have a great creative team within Big Ant, and we've got all the toys with regards to cameras and other recording equipment. We're also really blessed that the Big Ant office is located right in the heart of Melbourne, which is a beautiful city, and we're a short walk to Melbourne Park and the tennis itself.

So, when we were filming our developer diaries, we just thought that we could also have a bit of fun with our Mo-Cap guy and give fans a very different behind the scenes look.

Are you planning to support AO Tennis 2 with updates and tweaks in the same way you did with the original?

One of our core principles at Big Ant is that we support our games and listen to the feedback that comes from players, indeed we're well known for it. Since the release of AO Tennis 2, we've had some wonderful comments come in from players, and that feedback has really helped us in shaping what we'll do with patches.

It's a roundabout way of saying it, but yes, we will continue to support AO Tennis 2 with patches as they're needed to ensure an optimum experience for players.

Big Ant Studios It takes a special kind of human to pull off purple sweatbands.

Are there any plans to work on new projects in other genres, or are sports titles the way forward?

Unfortunately, we can't talk in detail about future plans that we have (as much as we'd love to give you a hint about what's next at Big Ant). What I can say is that Big Ant Studios is committed to continuing to grow as a sports game specialist, and we are constantly evaluating where the next opportunities are.

There are a lot of sports out there, so don't be surprised to see Big Ant tackle something new!

Any features / ideas with AO Tennis 2 that got left on the cutting room floor that you wished you could have developed further?

We had a pretty firm idea of what we wanted to achieve with AO Tennis 2. We knew we wanted to build up a narrative-driven career mode, and refine those on-court mechanics. We also had some new technology with regards to cloth movement and lighting that we wanted to implement. There's always room to do more, of course, but we were fortunate that we didn't need to experiment with features with AO Tennis 2.

A huge thank you to Ross Symons for giving up his time for this interview piece, and congratulations to Big Ant Studios on the recent launch of the game.

AO Tennis 2 is available now, for PS4, Xbox One, Switch, and PC.

Psyonix and Epic Games announced that the new patch is now live in Rocket League, which also brings the legacy status for those who played the game over the past few years.

NBA 2K21 has received the update 1.02, which aims for various improvements on the performance and stability fronts, as well as the Mamba Forever bonus.

It looks like Psyonix's vehicular football game Rocket League will become free to play on September 23, 2020, according to an early listing on Nintendo Store.

A Locker Code is a text code that you enter into the game that most often rewards you with a free player or pack in NBA 2K MyTeam. Locker Codes often expire after one week, but some codes have no expiration date.

PGA Tour 2K21 has received a new trailer that brings back one of the cinema bad guys that is guaranteed to make you think about golf - Shooter McGavin, a.k.a the bad guy from Happy Gilmore.

WWE 2K Battlegrounds has received a trailer that focuses on in-game modes, and you'll be hearing about them from none other than Paul Heyman, who is featured in-game as well.

We have had the honour of talking about Hunting Simulator 2 with Filip Hautekeete, the technical director at Neopica, and Raphaël Isnard, the game's product manager at Nacon.

We have had the pleasure of talking to Brandon Hicks, the producer and story director for Skully - a fantastically cute platformer that's well worth checking out.

A new batch of gameplay details for NBA 2K21 has surfaced online, elaborating on certain differences between the current and next-gen version of the game. We also take a look at the recent WNBA MyCAREER rumours as well.