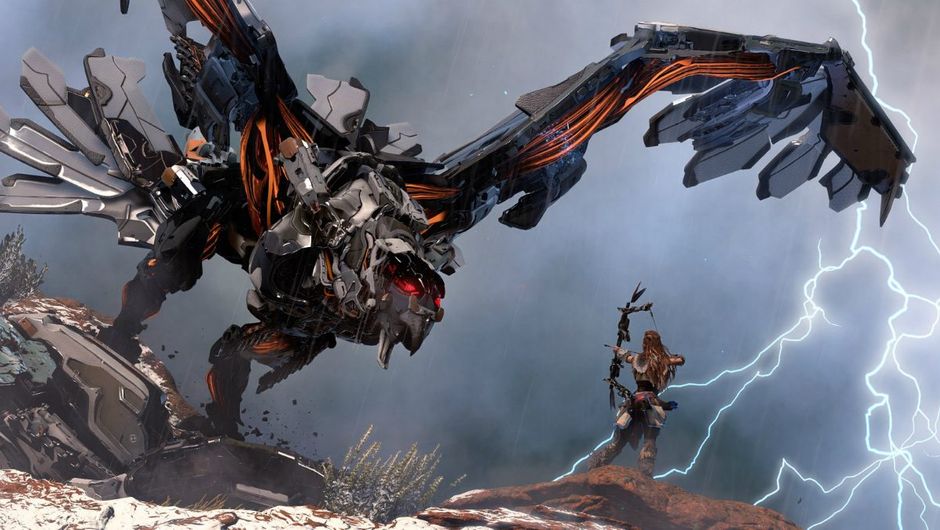 With March being just around the corner, we take a look at some of the PS4 highlights dropping in this period.

The much-hyped open world title from Guerrila Games. It’s hitting Europe as a PS4 exclusive on the 1st of March, and what has people so keen to get to grips with it is its vast open world, filled with gigantic robots. Players will assume the role of an agile hunter named Alloy, whose sole task is to mark and hunt down these enormous beasts.

With its immense open world, a realistic day and night cycle and a dynamic weather system - this gorgeous looking game looks promising in every aspect, and we cannot wait to see it in all its glory.

It’s the 10th instalment of the series, but what makes this one so intriguing is that Ubisoft are reinventing it as a massive open-world military tactical shooter, claimed to be the first of its type. The game has two modes - solo and four-player co-op - and instead of following the usual Ghost Recon formula of scripted missions and linear events, Wildlands gives you the freedom to decide how to fight your way towards overcoming your drug cartel enemies in a real and changing open-world environment.

We’re really interested to see how this shapes up - merging ‘open' and highly-scripted FPS worlds sounds utterly fantastic if they pull it off. Ghost Recon Wildlands is out on the 7th.

Set in the distant future, NieR Automata centres on a war between the remnants of the human race and their end-of-days battles against the mechanised aliens that have laid waste to much of the planet. This war has forced humanity to seek refuge on the Moon, from where we send combat androids, known as "YoRHa", to continue the battle for planet Earth.

As an open-world 60fps RPG from Square Enix, the hopes are very high for this one - not least because the early demos have hinted at some seriously fun and engaging gameplay. This beast from Platinum Games will also be out on the 7th.

Another absolute beast that we've already talked about . This is easily one of the most anticipated titles of the year - coming out on March 23rd in Europe.

Apart from these, here are some more titles joining in on the PS4 fun in March:

All in all, it looks like good times are ahead for Sony - and with all these major titles coming out in March, we think it's safe to say that 2017 might just be the year of PlayStation!

Guerrilla Games have dropped a brand new trailer which gives us a closer look at the game's tribes.

Sony spokesperson said they expect that Microsoft will abide by contractual agreements and continue to release Activision games on PlayStation consoles.